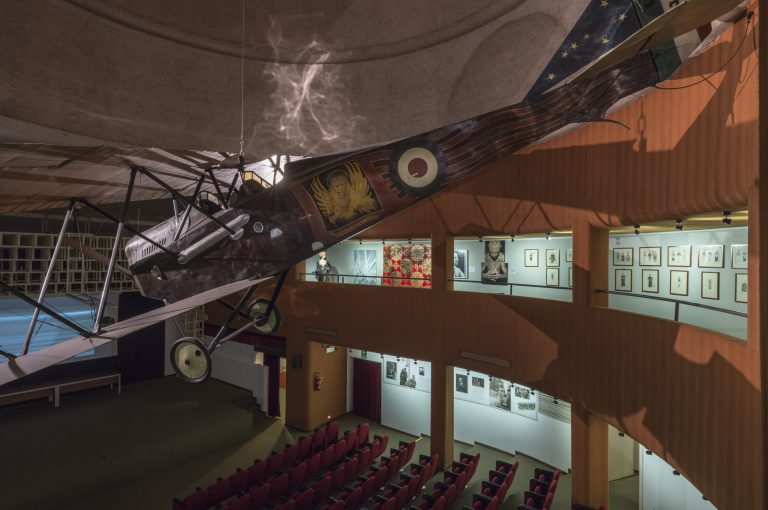 The Auditorium of Il Vittoriale is a unique space, one of unequalled historical-artistic worth.

A part of the most recent wing added to the museum, it is made up of a spacious room that preserves the S.V.A. two-seater airplane from the Flight over Vienna that hangs from the ceiling. Gabriele d’Annunzio flew on this aircraft and launched his famous flyers over the capital of the Austro-Hungarian Empire. This relic, which bears witness to a fundamental period in Italian history, makes the site one of the greatest places of interest in all of Il Vittoriale.

The walls of the showroom host a photographic display that, through a series of images, illustrates various stages in the life of Gabriele d’Annunzio.

Along the loggiato on the upper floor, one can visit the “Omaggio a d’Annunzio” (A Tribute to d’Annunzio) display, with works of art by contemporary artists inspired by the Poet and by Il Vittoriale, including precious sketches by Giorgio De Chirico.

The area in front of the Auditorium has some rooms that are particularly suited for small refreshment hours and coffee breaks, which host a permanent exhibition dedicated to the construction of the House Museum; during spring and summer months, the outdoor covered loggiato may also be used. It is a place of unequalled charm, directly overlooking Piazzetta della Casa del Poeta and from which one may enjoy a magnificent view of the lakeside landscape. 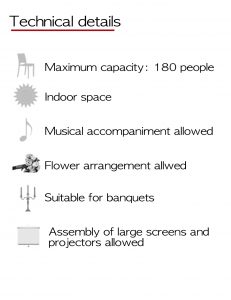 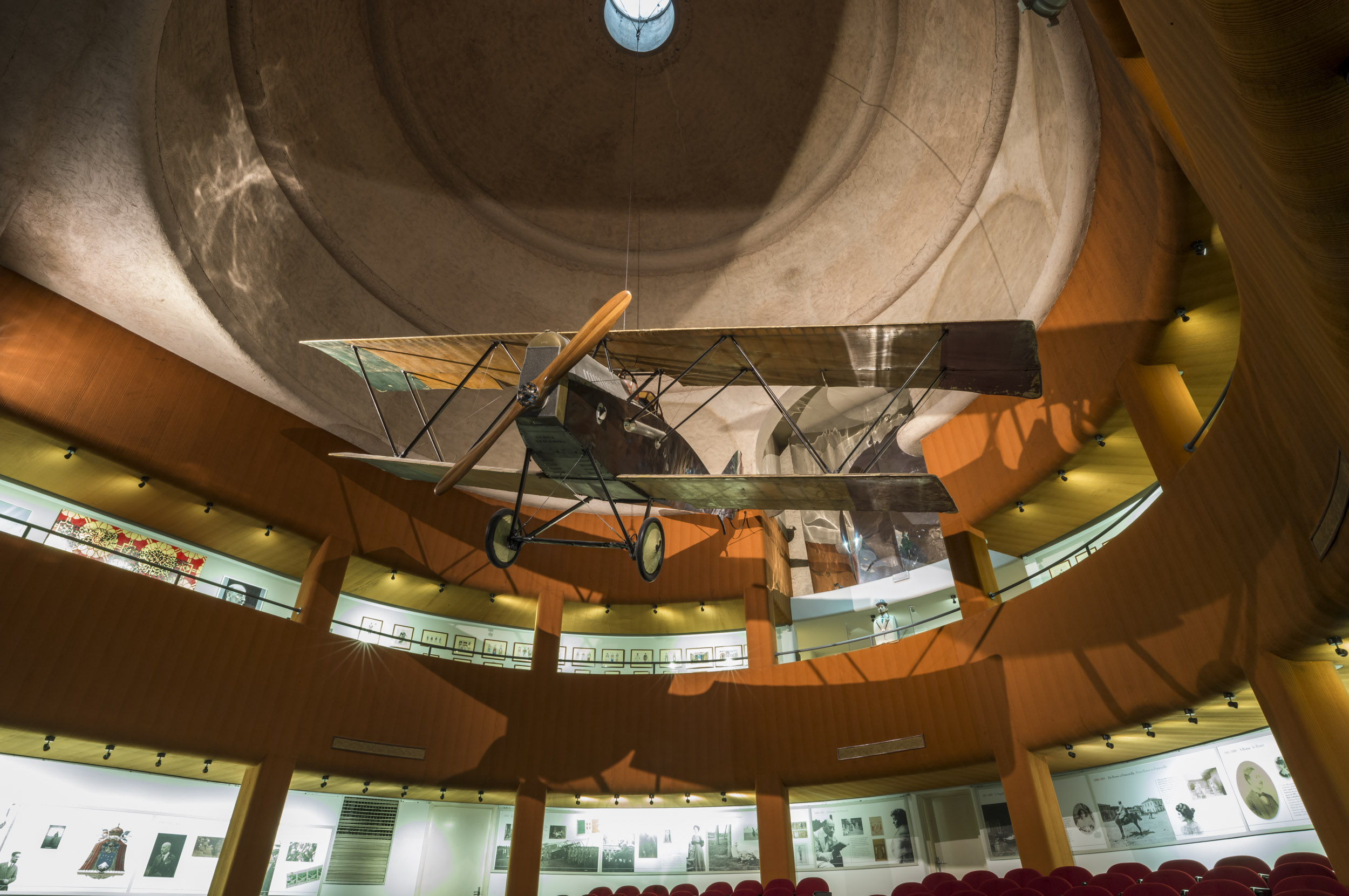 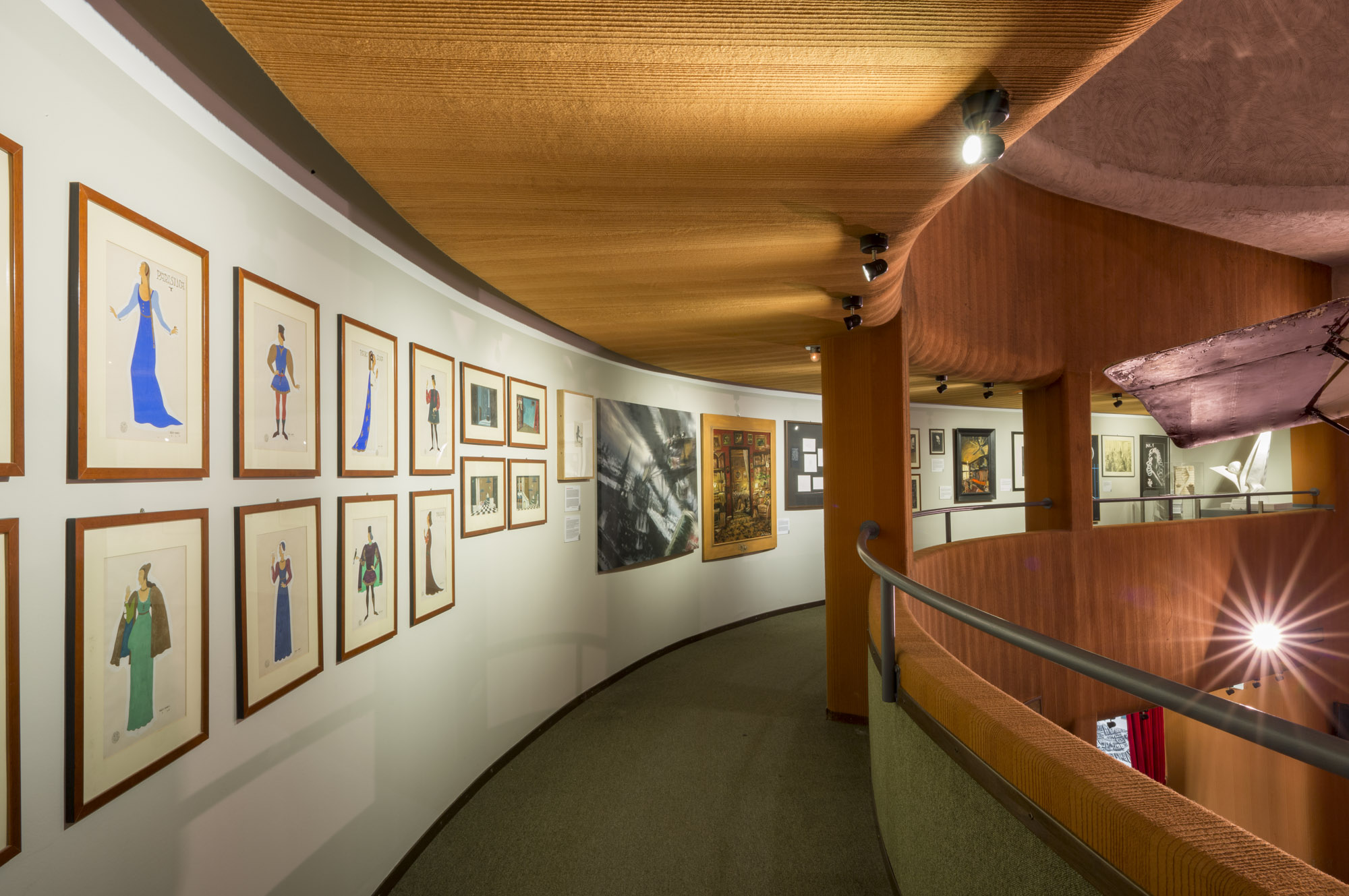 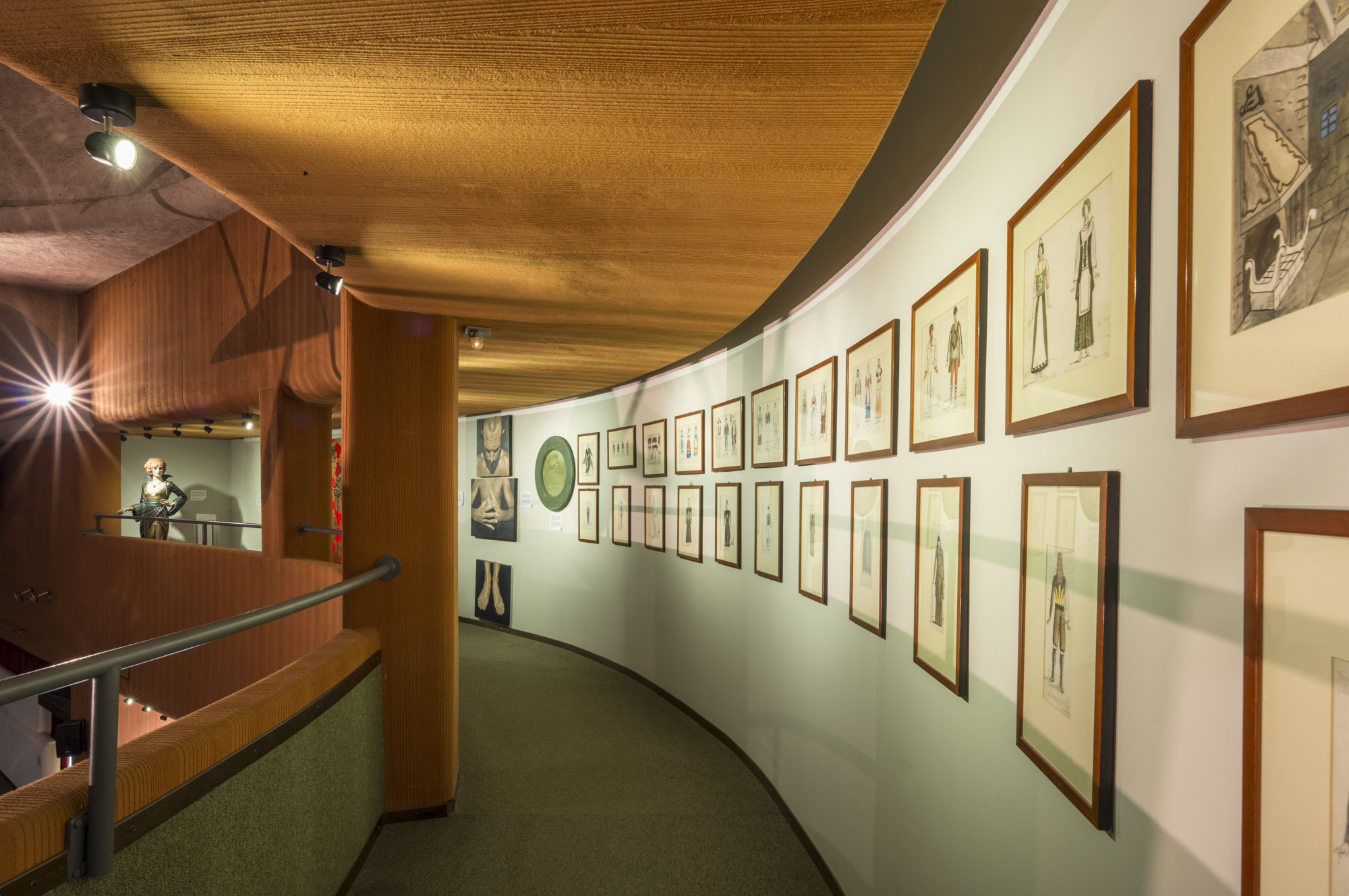 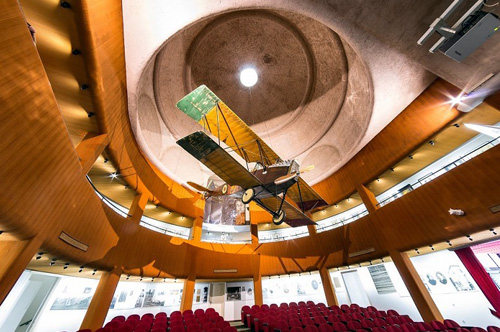 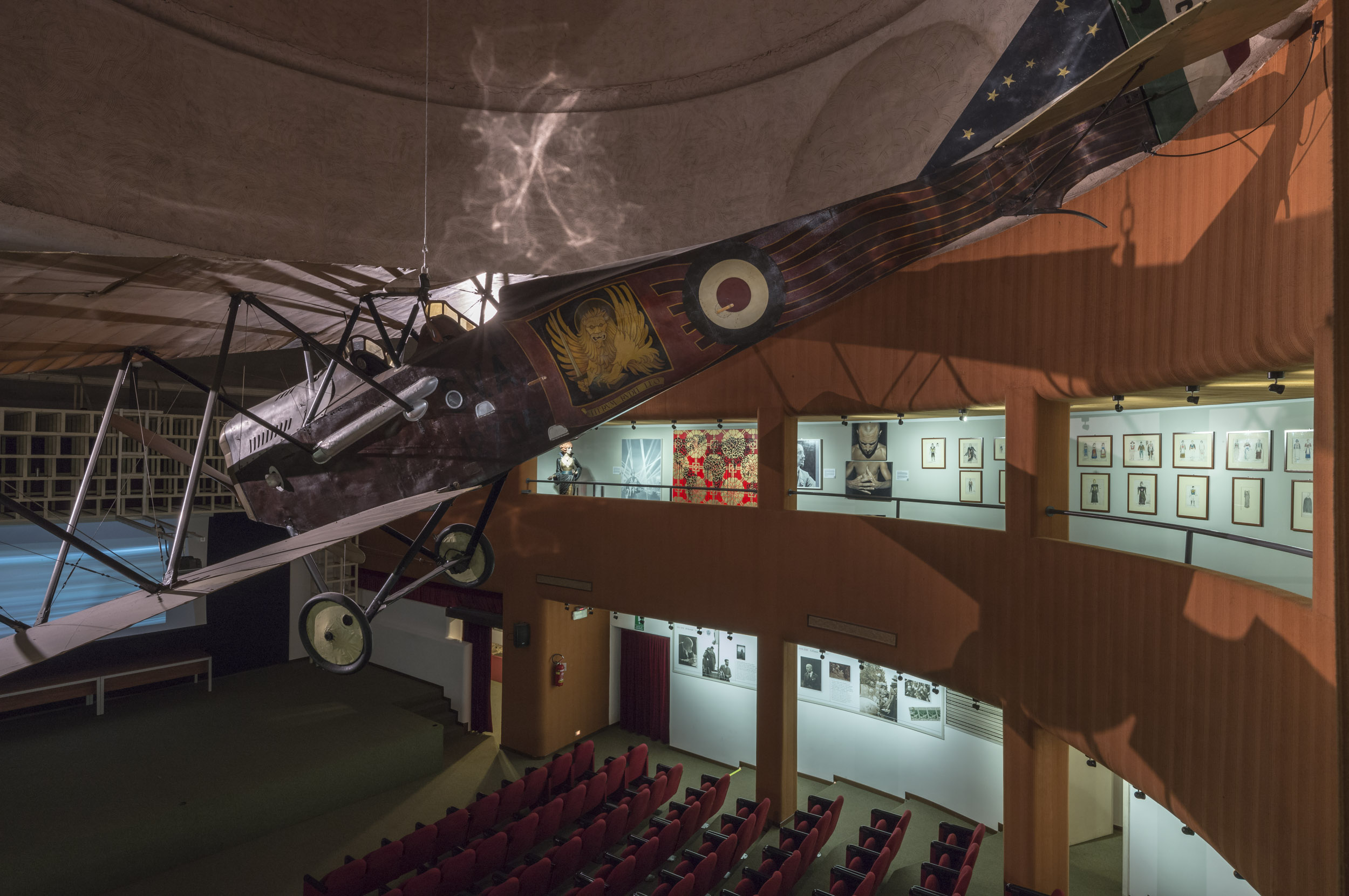